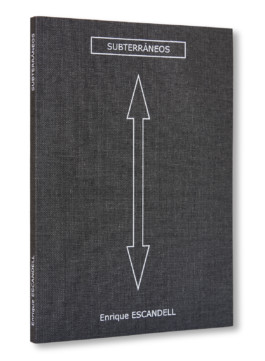 In each capital of Europe there is a small group of individuals who
dedicate their free time to a very specific, playful and ritual goal: paint
their names on the underground wagons.

What was initially born as a way for graffiti to circulate through all the
neighborhoods of New York City has lost its original meaning since it
was imported to Europe. At the moment the wagons do not circulate
painted in almost any city of the world. The terrorist threat and the
image of insecurity that is projected every time the wagons are painted
has contributed to security measures in hangars and yards that are
much more sophisticated than in the 80s.

So, why do they do it? Why risk life and freedom to do something that
nobody can see?

This project explores and documents the phenomenon by which graffiti
writers spend their nights studying how to sneak into the rail yards, get
around cameras, sensors, fences, guards, police and reach the wagons
turning their lives in a kind of video game.

As a game, Subterráneos has two players, two points of view, facing one
another as adversaries.

On the one hand, the action of infiltrating the underground to paint, to
which Enrique Escandell is witness with his camera, and on the other,
the photographs taken by the police belonging to various trials and
investigations against graffiti writers. Two forms of representation that
complement each other to give a complete view of the phenomenon.